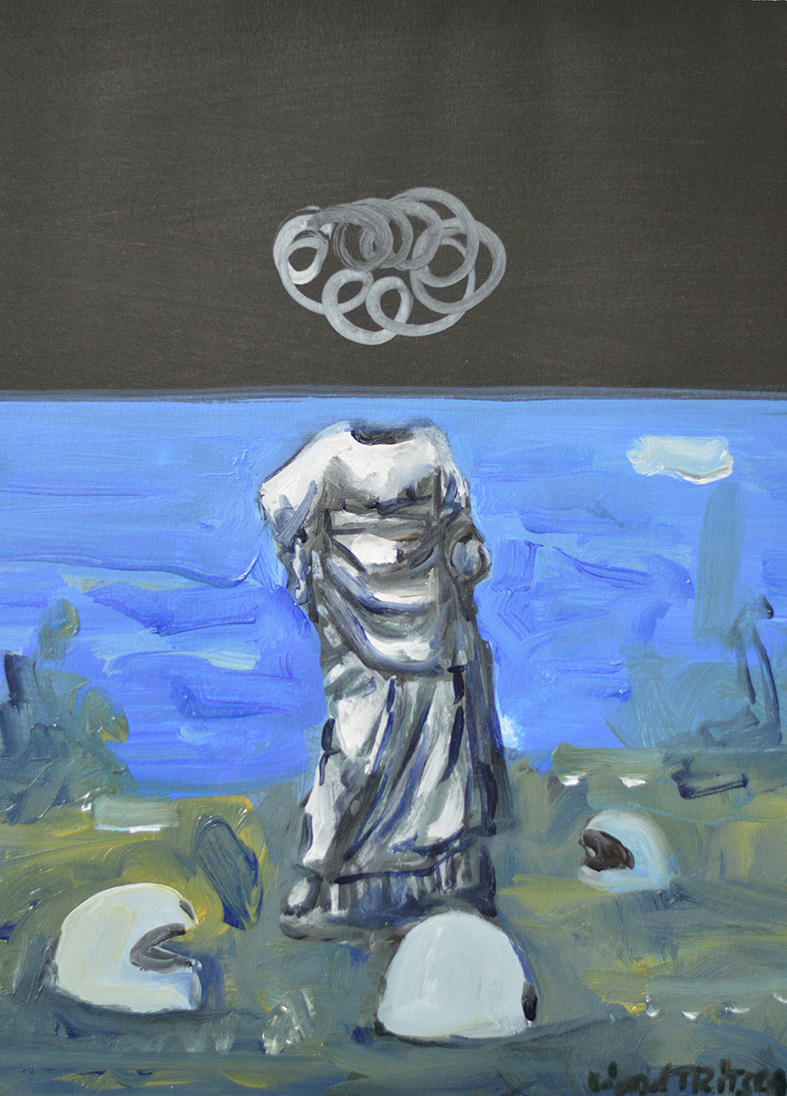 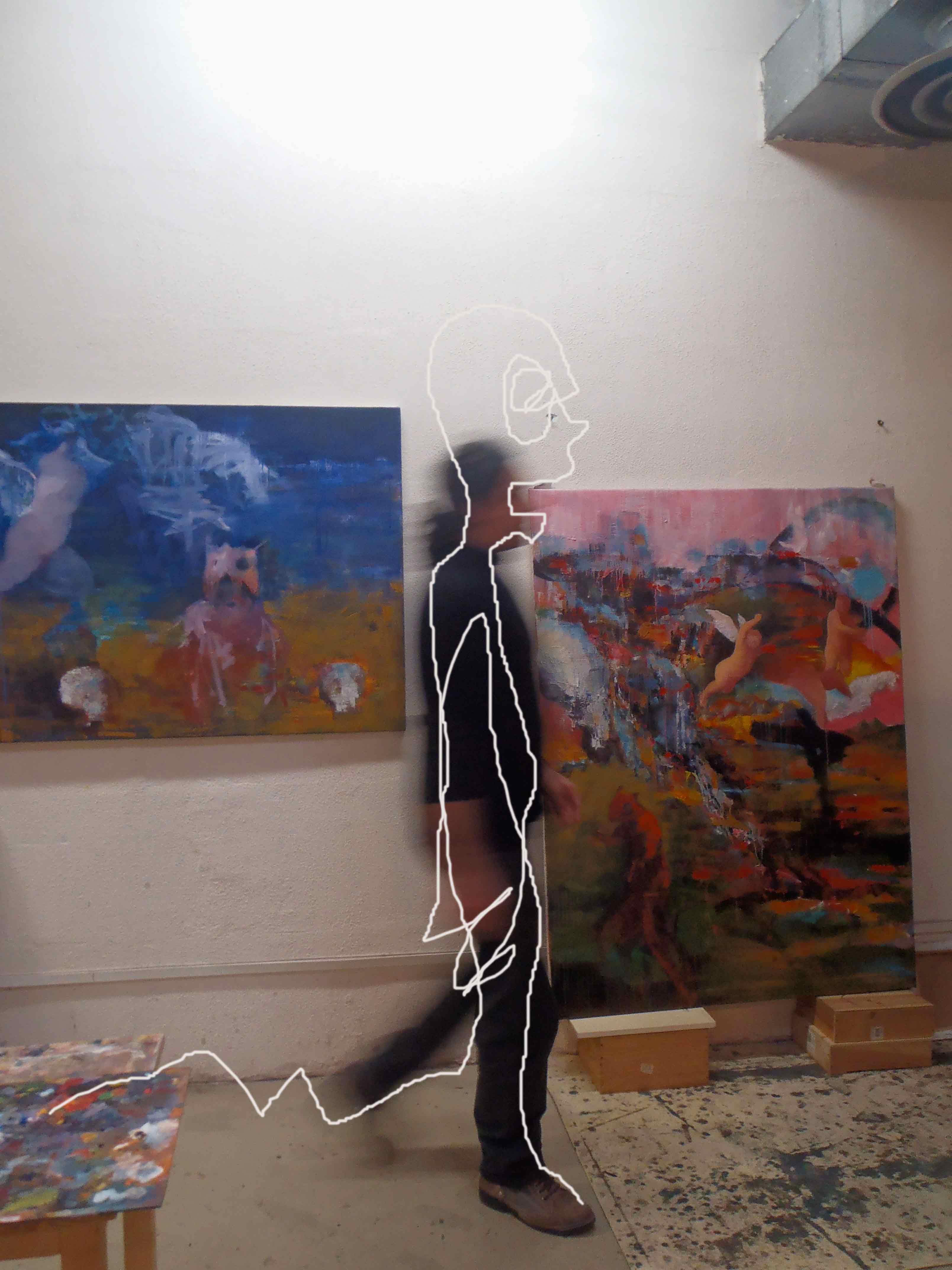 At first casual glance, my painting is tinged with humour but also with doubt, oscillating back and forth between references to current events, cinema, History, and more innocuous images, which combine into theatre. Man is my subject. My paintings do not tell a story, do not issue a message, but show and challenge us. Colour is exalted, sometimes to the extreme. But beyond the purely visual effect, it brings truth to figures as incongruous as heterogeneous.

A landscape of cloudy skies is often the backdrop of emergent characters. They oppose or combine to give rise to new connections. The canvas becomes a chessboard in which I try to create relationships between things that had probably not before. The titles  do not describe nor summarise the painting, but exude the spirit in which it was designed.

In the series "My way", the figure of Buster Keaton is correlated with the monument of the Egyptian sphinx, referring to the idea of the large and small. The same type of contrast between the mundane and the grandiose exists in the painting, "Where do we come from? What are we? Where are we going? ", it displays the idea of the loneliness of a human being faced with the universe. The bag "Didl" attempts to highlight his daily preoccupations. and operates a shift with the original idea. The character that appears absurd at first, is tempered and softened by colour, giving way to a less nuanced and more critical image.

From painting and static images, I then evolved to the investigation of movement through the use of video. Working with new procedures of the medium of video, I assemble raw images that have been taken and/or developed and combine them in the form of storyboards into a "painting video”. Thus the cloud reappears in “Bref”, a symbol of the fragility and the time of life. A sensitive and tragic dimension as  in “Escape”, images of an impossible escape, juxtaposing and contrasting to a vision focused on a self-deprecating, warped glimpse of our contemporary lifestyles, as in “Be Sport”...

I try to create work with multiple interpretations, navigating through a limbo to achieve a subtle combination of the serious and the trivial .